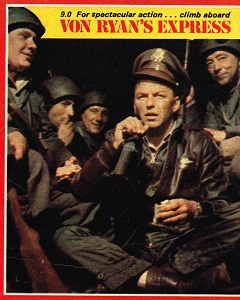 As the major studios gradually opened up their vaults to British broadcasters, the feature films acquired for showing on television became more and more numerous. They came to include some real blockbusters, which were often the centrepieces of holiday schedules when competition for viewers was particularly fierce. Many of the big films of the past that still revisit us on our TV screens today made their domestic debuts on Christmas Day in the 1960s and 1970s. Here we look at a selection of them.

See here for Part 1 of this article.