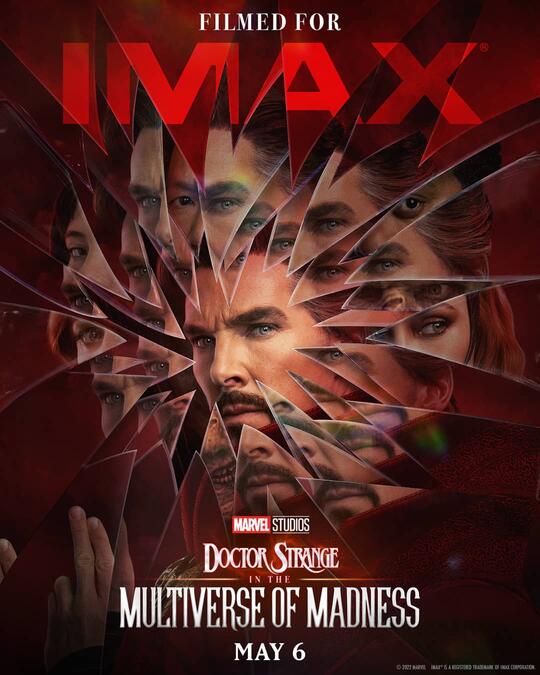 Leaving aside the independent Showroom, the sole venue not showing Doctor Strange, there are only thirteen other films playing in the city’s multiplexes tomorrow, Wednesday, 11 May 2022. If you’re a consumer of popular mainstream cinema and not interested in Marvel, Downton Abbey, Fantastic Beasts or Sonic the Hedgehog (or indeed sequels), you’re basically stuffed.

Include the Showroom, which among its lineup includes nine films not showing anywhere else, and a total of twenty-four films are currently available to view in Sheffield. Thirteen of these have a single daily screening.

Comparison from the pre-multiplex age: in a randomly-chosen week in 1949, there were 48 single-screen Sheffield cinemas advertising in the local press, showing 39 different first features amongst them (second features, i.e. ‘B’ movies, added an extra seven advertised titles).

Only six programmes were showing in more than one cinema, five of them in two venues apiece. The week’s widest release, The Secret Life of Walter Mitty, was showing in no fewer than four venues, all in different parts of the city.

But that was before multi-screen cinemas offered us more choice. 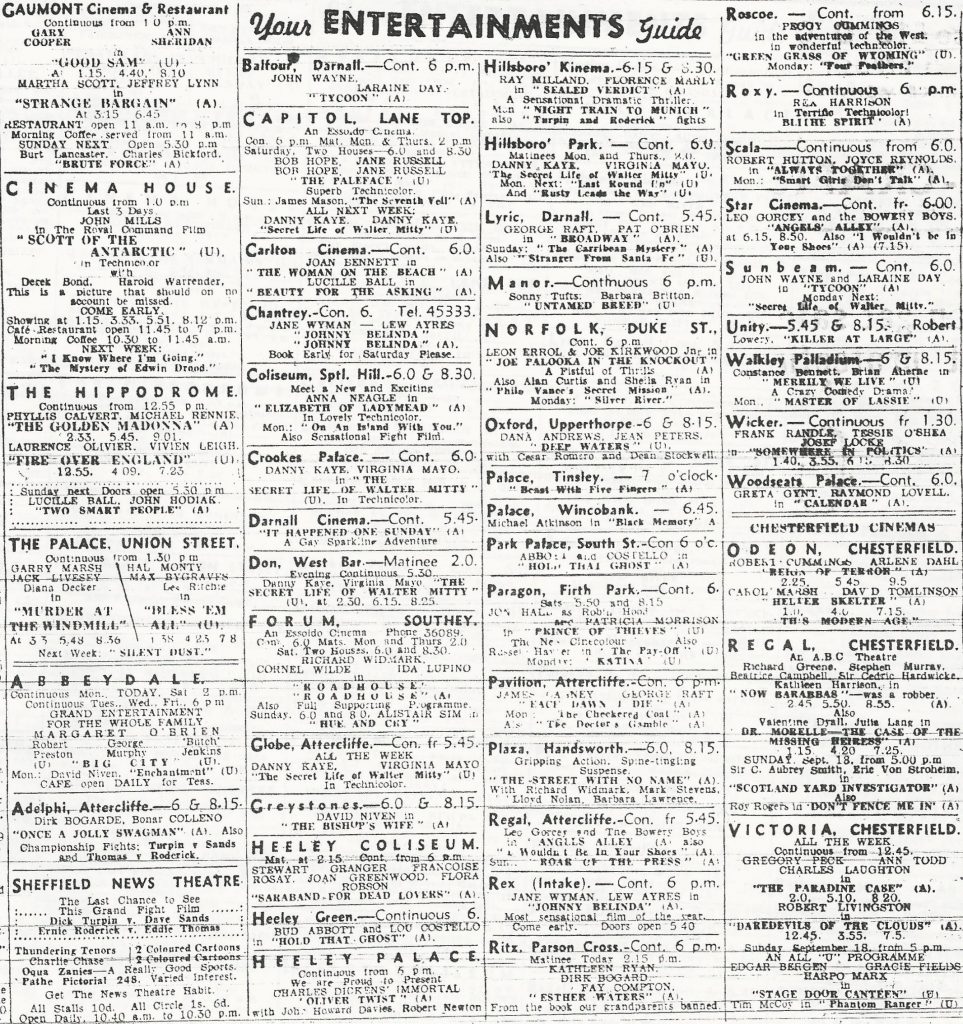