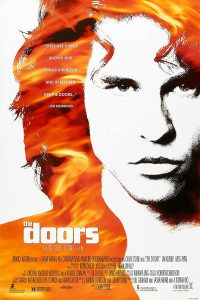 For the third day in a row I’m giving a recommendation to an early-Nineties film revived by Sky Arts – in this case, Oliver Stone’s rock biopic The Doors. It’s another title curiously neglected by the mainstream channels, last seen free-to-air in 2000, with only a handful of broadcasts before that.

I have no personal interest in the material, nor any axe to grind for writer-director Oliver Stone – the subject of another episode of The Directors screened beforehand – but the film surely merits re-examination. Here’s my review of it from May 1991:

“Near the beginning of The Doors, there’s a scene at the UCLA Film School where the young Jim Morrison listens to his fellow students tear into the experimental movie he’s made.

Their teacher is played, uncredited, by Oliver Stone himself, and one suspects that the tyro director sides with the precocious would-be poet against the classroom critics.

Like the mock-up of Morrison’s film, his own is frequently overblown, pretentious and heavy-handed, and shows that Stone is less interested in documenting a true story than in taking us on a hallucinogenic joy-ride of the sights, sounds and excesses of the late Sixties rock scene.

Yet for all its obvious flaws (notably a tendency to underline the imminence of its subject’s early death with recurrent dream images of a symbolic Indian), it’s a journey well worth taking and one which generally succeeds on its own hyped-up terms.

Val Kilmer gives a persuasive impersonation of Jim: a Romantic rebel, an uncompromising artist and an incorrigible narcissist who died, after a short life in the spotlight as lead singer of one of the period’s cult rock groups, in a bathtub in Paris, bloated and burnt out with drugs, drink and all-round hedonism.

With him was his longtime girlfriend Pam Courson (Meg Ryan), who at one point describes herself as an ‘ornament’: she’s right, as no-one but Morrison emerges as a fully developed character.

Yet the band’s music is here in plenty, and whether or not fans agree with Stone’s view of their hero, they’ll ensure that it’s around in late-night revivals for years to come.”

So much for future predictions. 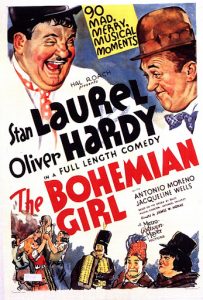