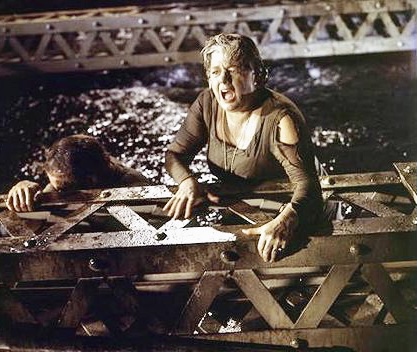 Always do your research.

Having bought a ticket for a 4DX 3D presentation without reading the Health and Safety guidelines – it turns out they’re longer than the script of the film I saw – the first hint of danger I got was when the usher told me hot drinks weren’t allowed. There might be spillage. He didn’t add, but should have, that cold drinks, snack foods and anything else not nailed down would be equally unsuitable.

After exchanging my latte for a frappé, I entered the auditorium and took my seat. This involved climbing up onto a raised chair with a footplate of the type one might find in a theme-park ride. Correction: it is a theme-park ride, only inside a cinema. There are cup-holders on either arm rest, just like a regular multiplex seat, but there ought to be a seat belt too.

The show began with a trailer – the first of two – for Top Gun: Maverick. I quickly got the point. 4DX is Sensurround Plus. The rows of seats rise up and rock, shake and plunge in response to the images and to noise emanating from the screen. I’m sure the movements of the furniture are precisely computer-programmed but they still have only the vaguest conceptual logic. The main aim is simply to rattle the customer as much as possible. I lifted my cup out of its holder and placed it on the aisle step, out of harm’s way.

The trailers, however, weren’t in 3D. The main feature, Doctor Strange in the Multiverse of Madness, was. And in 4D. And X.

The fourth dimension is not, as might be imagined, the ability to travel back in time to exchange your ticket but further physical sensations. At climactic moments – and this being a Marvel film, there are a lot of them – the spectator is assailed not only by the rise and fall of the seat under him but by all manner of fairground attractions. Strobe lighting. Scent vapour. Puffs of smoke. Drizzling water. Air jets in the back of the neck and, more disturbingly, the ankles.

To be fair, some effort was made to link these showman’s gimmicks to what was happening on screen. In several scenes set on a snowy, windy mountaintop, I’m sure I could feel a cold coming on. At times I had to wipe the spray from my 3D glasses. It’s a good thing Thunderball, which I saw immediately afterwards, wasn’t in 4DX – I’d have drowned.

The most effective uses of chair motion, I found, were when the seats mimicked camera movements, tilting and swooping in response to the film’s form rather than its dramatic (I use the word loosely) content. This being a Sam Raimi picture, there were plenty of canted angles and crane shots that you could feel as well as see.

Oh, the film. It’s absolute junk, of course. A bunch of superheroes greet an imminent apocalypse with sardonic quips of the kind you’d make if a hotel booking hadn’t quite worked out. Decent actors work hard to keep straight faces while exchanging crudely expository speech balloons: “Your mind is being held hostage by your alternate self.” Of course it is, dear. 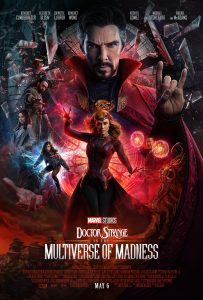 As for the visual effects – the only real reason to see such rubbish – there are some nice 3D compositions when Raimi remembers not to shoot in big-head close-ups. I liked the musical notes used as ninja stars. But with all the money spent on CGI, could they not afford to give Benedict Cumberbatch a wig that doesn’t look like a two-tone plastic hat? It seems to have been modelled on Keir Starmer’s barnet but I’ve seen more convincing hairpieces on Michael Fabricant.

Reading up afterwards, I see that 4DX is not suitable for, among others, anyone with high blood pressure. Good thing I didn’t mention it to the nurse who altered my dosage this morning, then.

Doctor Strange in the Multiverse of Madness, in 4DX 3D and in ten other screens at Cineworld Sheffield.